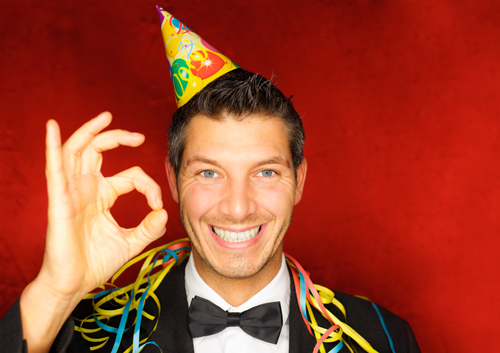 People have been ushering in the New Year for centuries but it became an official holiday in 1582 when Pope George XIII declared January 1st to be the day on which everyone would celebrate the New Year. At midnight people would yell, holler, and blow horns to scare away the evil spirits of the previous year so the New Year would be joyous and filled with opportunity. Nearly 500 years later, we still greet the New Year by whooping and hollering, but in a celebratory manner instead. Whether you intend to ring in the New Year quietly at home in the Goldsboro area or have plans to join the countdown at a gala extravaganza, these tips can help you ring out the old and usher in the new with a smile.

New Year's Eve is a time to gather with friends and family, reflect on the year that's coming to an end, and look forward to the new one with anticipation. Enjoy this transitional holiday in a way that's safe, healthy, and fun. After all, counting down until the clock strikes 12 marks the beginning of a full year of opportunity ahead of you. From Drs. Keith Hinnant, Peter Klein, Philip Brantly, have a great new year!.